Nord in the hands of pros.
To really see what Nord could do, we put it in the hands of talented photographers from across the globe. We know there’s lots more talent out there. Show us your best stuff on Instagram @oneplus.nord.

A phone that’s smarter about being bright.
Nord’s display has 2,048 levels of automatic brightness for smoother brightness  transitions and greater eye comfort when you’re doing everything from scrolling through social media to browsing a beautifully designed product page.

Release the Snapdragon!
Something we’ve always wanted to say.
Nord is powered by the Qualcomm® Snapdragon™ 765G 5G Mobile Platform with improved CPU speeds and 30% faster graphics rendering than its predecessor. We’ve also thrown in up to 12 GB of RAM so Nord can run all your favorite apps at once stutter-free.

Scrolling and swiping never had it so smooth.
There’s something about a 90 Hz display that makes it incredibly difficult to ever go back to anything less. Scrolling is smoother, swiping is snappier, and everything feels more responsive. Once you go 90 Hz, there’s no going back.
Waiting. Warping.
Two words that don't go together.
Warp Charge 30T isn’t all about speed, but it can refill Nord from 0 to 70% in just half an hour. Our charging technology is also smart enough to keep your phone cool during heavy use.

There are no reviews yet 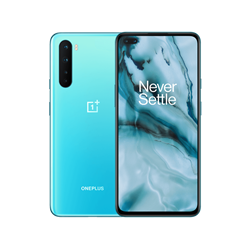 We are available round the clock! Our messaging assistant can quickly solve your issues and assist you with sales and service information.

Make communication simpler! Send your queries through Telegram and get an immediate response from our team.

Talk to our customer service associate!